Overcoming a Fear of Medical Procedures

If I can overcome my fear, so can you!

I’m sharing this little anecdote about my intracranial pressure monitor procedure with you to show that you can actually both do, and put up with, so much more than you think..  We so often sell ourselves short when it comes to activating that inner strength that we’ll often deny that we even have any to begin with.

Unfortunately I displayed symptoms of PTSD after some pretty horrific and terribly managed medical procedures prior to this one.  I went into this particular test with a huge amount of fear and trepidation.  But, I had to do it.

I’m pretty sure I’m not the only one who has had to overcome a huge phobia in order to proceed with recommended medical treatment. This photo shows me with what I call a “Brain Prong”. It’s a wire that was placed directly into my brain that measured intracranial pressure over around 48 hrs while I was both awake and asleep. It involved drilling a hole into my skull, which thankfully I was knocked out for. I don’t know how I’d have reacted seeing what looks like a Black n’ Decker drill come at my noggin! What I wasn’t knocked out for was the removal of said prong, which was secured to my skull with a huge bolt that Munster Herman would have been envious of.

It had been explained to me what the entire procedure would involve. I had naively presumed if they knocked you out to put the prong in, they’d knock you out to remove it. Soon I found myself getting lidocaine injections into my forehead and scalp, lying on my side while a poor doctor literally used a spanner to unscrew this big bolt from my head. Then, they turned the bolt screw manually. I just remember laying there, thinking well now I know what it feels like, and sounds like, to have a bolt unscrewed from your skull bone.

Worrying for no reason?

This was a scenario that had previously scared the living daylights out of me. In the end, however, it was only moderately uncomfortable. Had I worried for nothing? No, I wouldn’t go that far. But somehow, somewhere, that inner strength kicked in and I found myself calm and collected (although not exactly cool!)

I was incredibly blessed to have an old school-friend in the room with me while this bolt was removed. We joked about “you need this like you need a hole in the head. Oh wait..!” and could they not inject some botox into my forehead alongside the lidocaine. One can only hope, goodness knows chronic illness and pain lends itself to an excess of forehead wrinkles resembling Gordon Ramsey. Sorry Gordon!

In summary, never ever underestimate yourself. Ever. When it comes down to it, you’ll get through it – whatever that “it” is for you. It is true that if you believe you can, you’re halfway there… 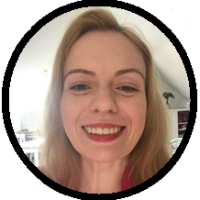 How Does Nutrition Affect Your Overall Health? (What You Need to Know)

No comments to show.